BUDDY THE BUDDY HOLLY STORY
This show made me not also the youngest designer ever to work in Londons West End but also on Broadway when at the age of 21 I designed this show. The show had been running in London for a year when it was decided to open a NY version. I had been out of college just 2 years and could not believe that I was designing a major Broadway musical.
Eventually the show would tour the states extensively and become a stock and amateur staple. And in all 22 other duplicate versions would run around the world and the London production ran for 13 non stop years.
PHOTOGRAPHS 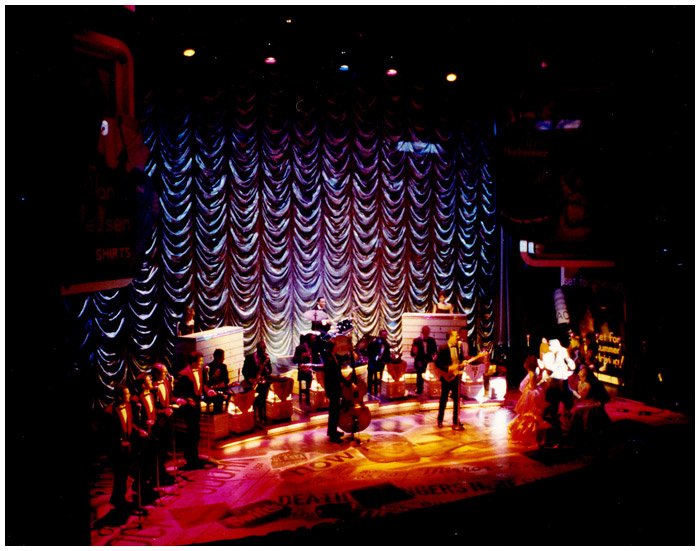 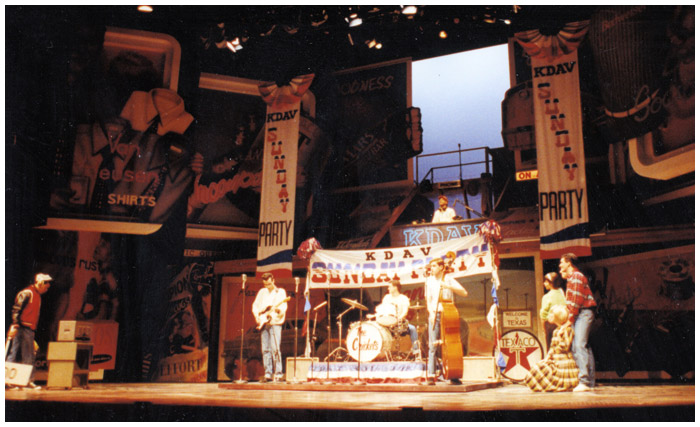 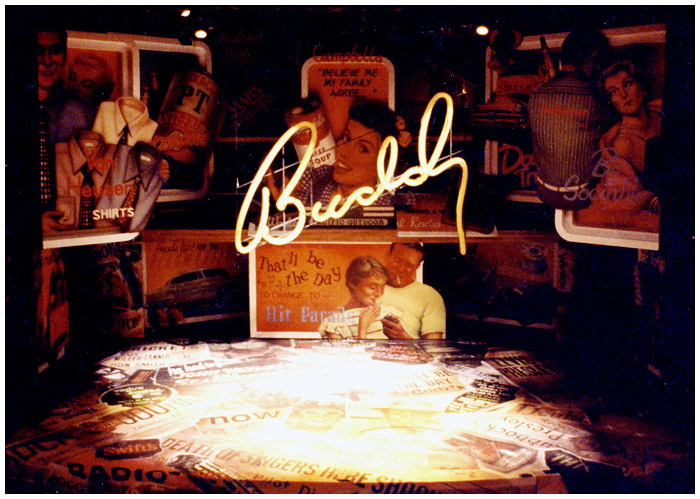 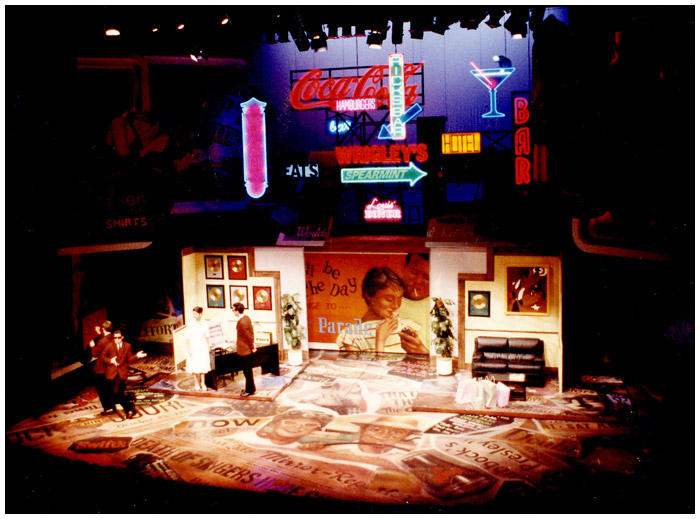 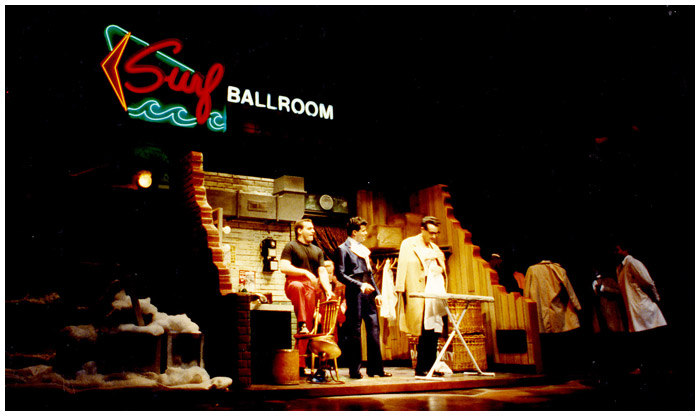 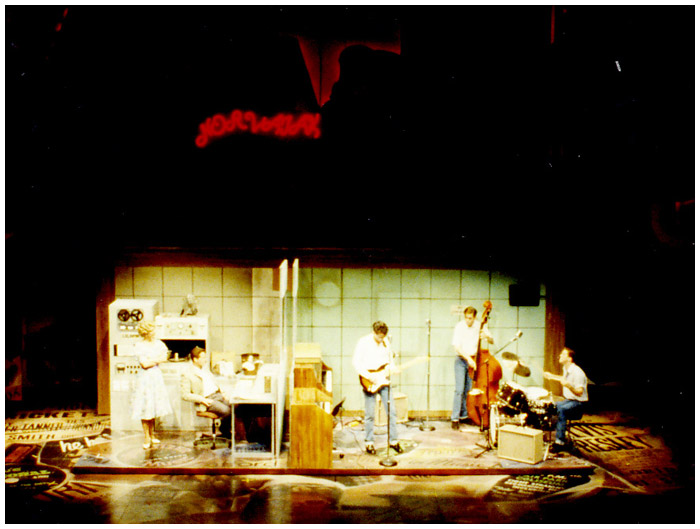 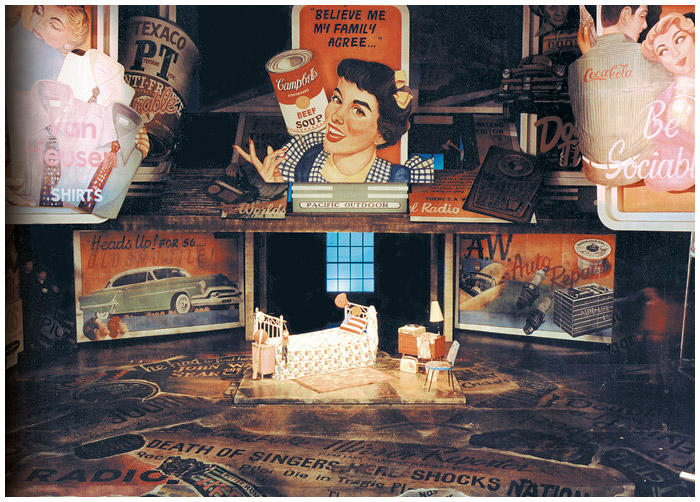 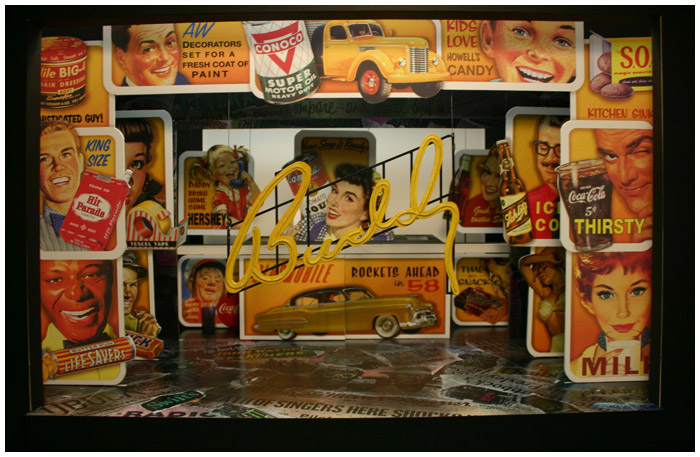 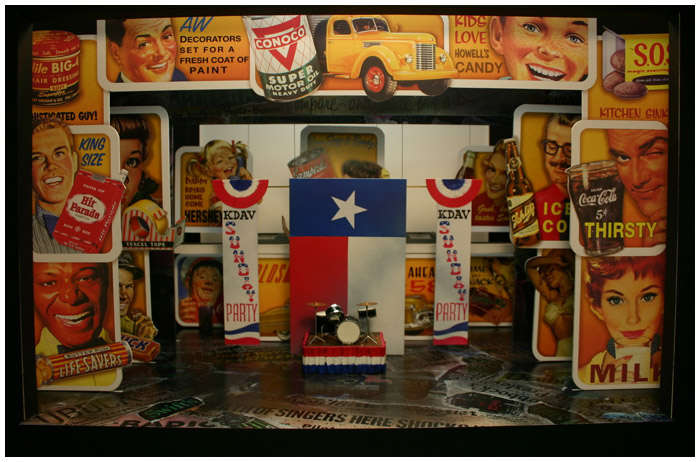 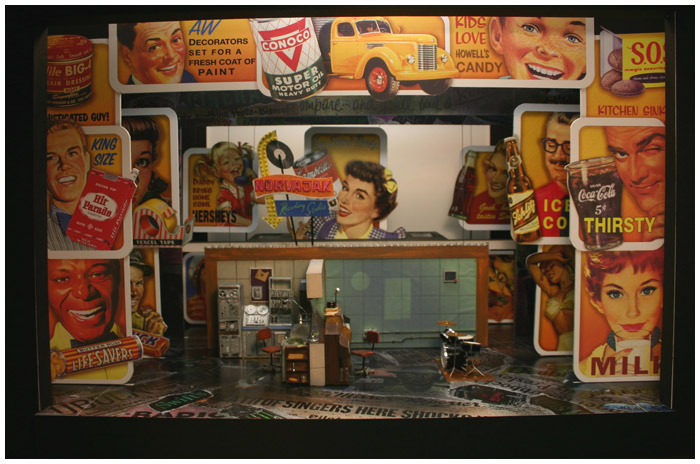 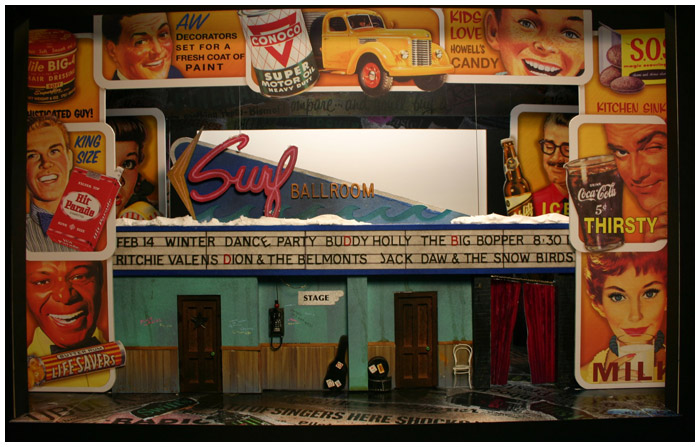 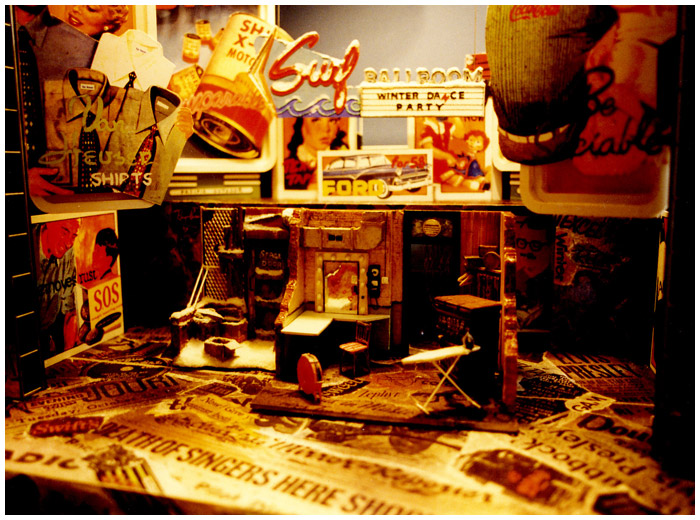 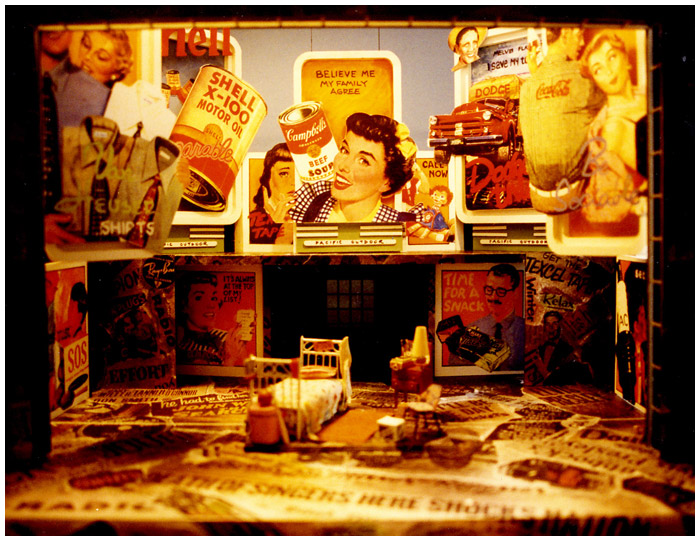 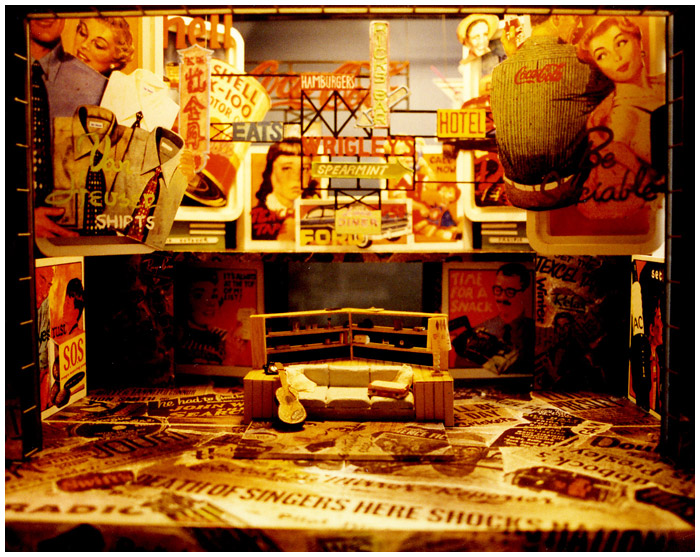 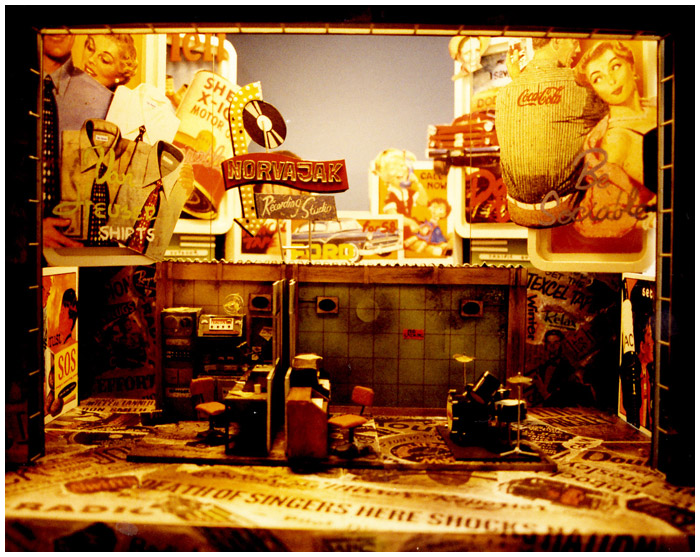 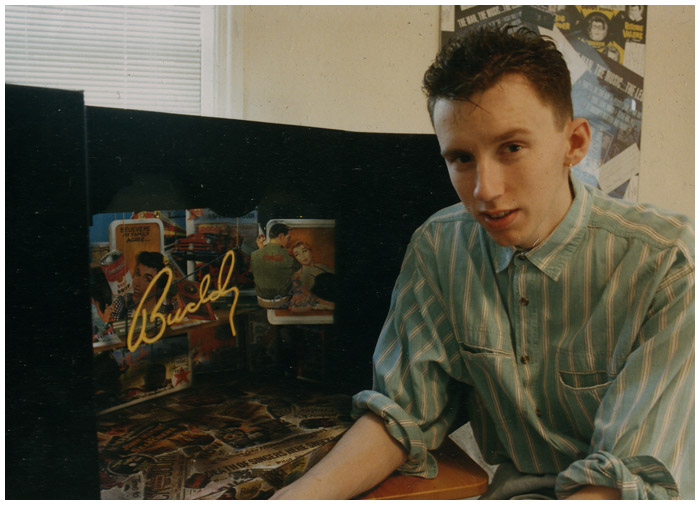 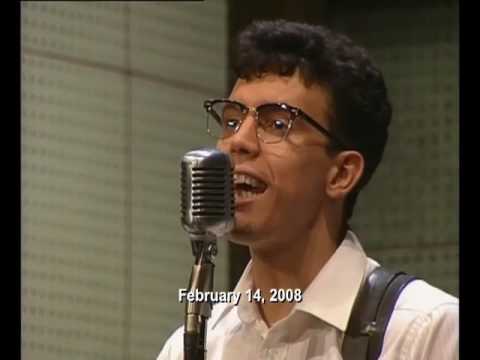 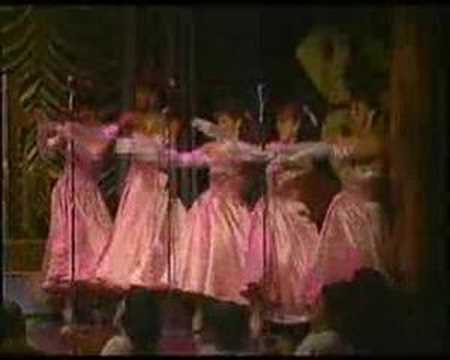 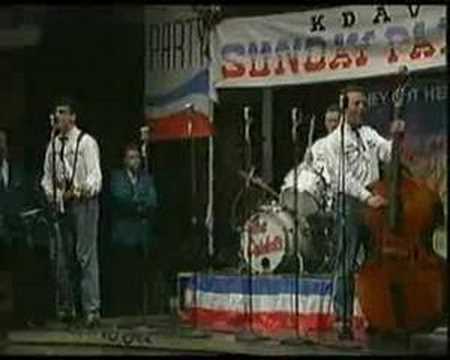 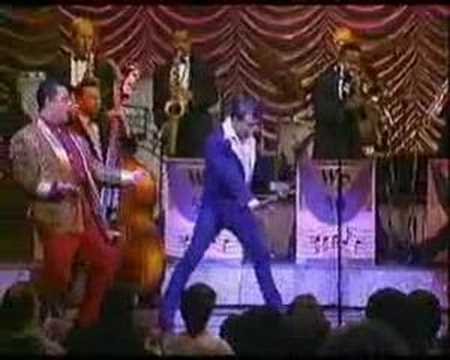